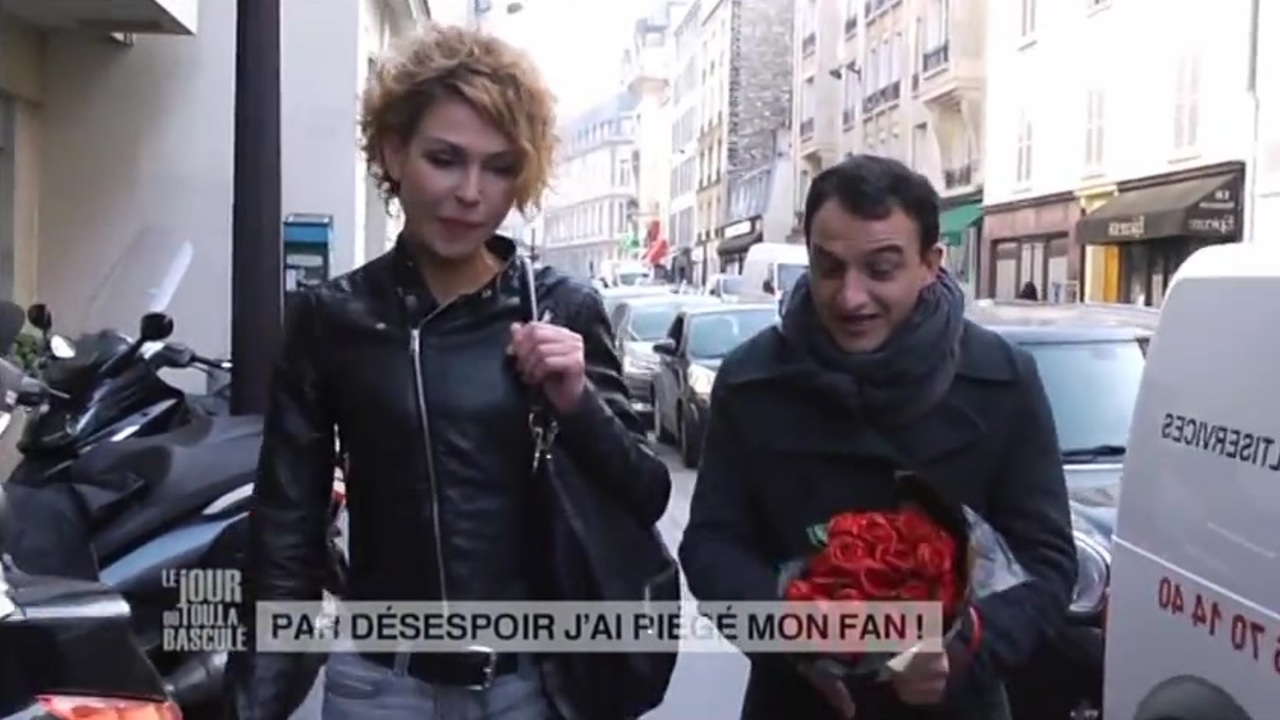 Le Jour où tout a basculé (The Day Everything Changed) is a drama series that reenacts real-life scenarios ranging from the shocking (two girls switched at birth) to the downright criminal (an actress frames one of her fans in order to gain publicity). Each episode is full of twists and cliffhangers that are sure to keep you hooked!

Sophie's acting career is in a bad place. She hasn't had a movie role in two years, and her agent is giving her two months before he gives up on her. However, an unlikely solution might revive her career. We'll find out what it is in the next few episodes.

Sophie seeks support from her friend Victoire after an altercation with her manager Alex concerning her acting future. On her way out of the radio station, where she works as a commentator, she meets Gilles, a diehard fan who rushes up to her with a bunch of flowers. She feels guilty for the way she and Alex had spoken about him behind his back.

Sophie gets a call from her agent and looks forward to some good news. However, instead of getting an audition for a new movie, she is faced with the prospect of embarking on a risky scheme to get her name in the news.

Sophie's loyal fan, Gilles, cannot believe his luck when Sophie starts to show an interest in him at last. She even invites him to her place to pick up some old photographs of her for his blog.

Sophie follows her agent Alex's plan to the letter. Meanwhile, Gilles' dream of spending the night with Sophie is finally coming true, but... is the dream too good to be true?

Gilles' world suddenly collapses as Sophie and Alex's plan unfolds. Sophie's friend Victoire finds her unconscious in her apartment and calls the police. And Gilles is the prime suspect.

Sophie and Alex celebrate the success of their devious plan to raise Sophie's celebrity profile. Meanwhile, Victoire makes a disturbing discovery while looking for the key to Sophie's mailbox.

Victoire makes startling revelations to the police that will put an end to Sophie's career for good. Gilles is released from prison and receives compensation for the wrongful accusations against him.